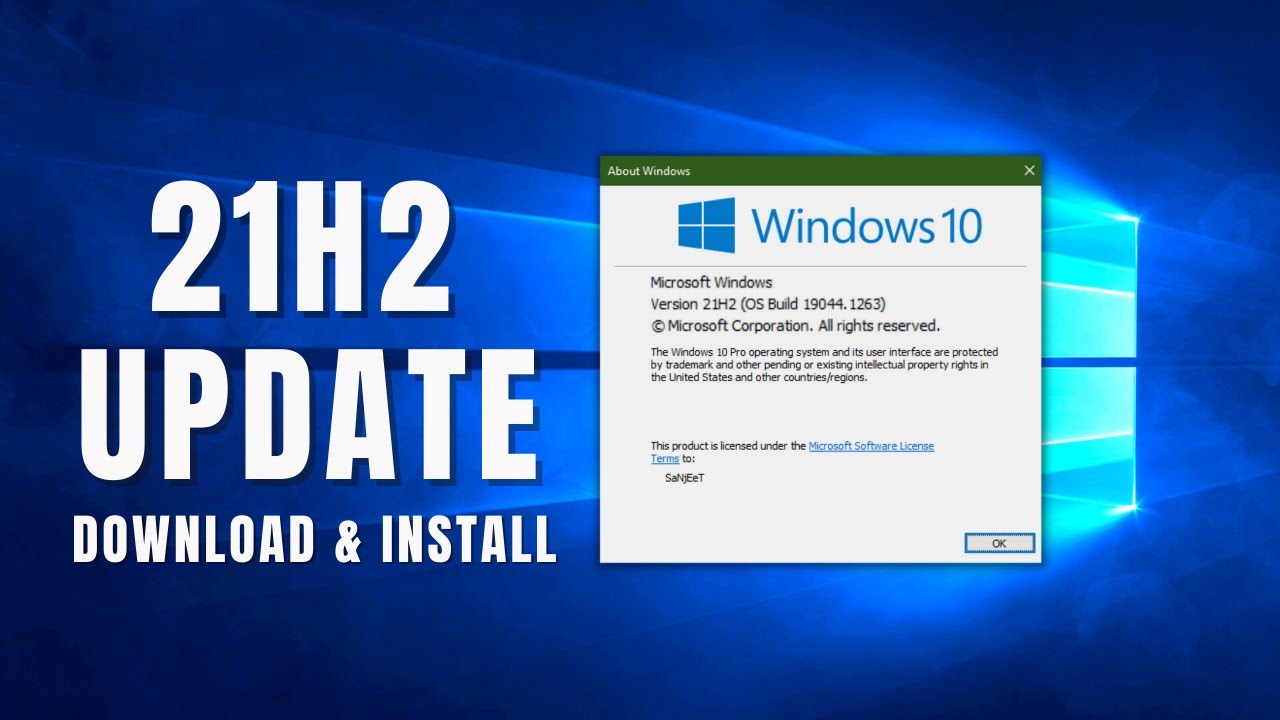 Microsoft delivered the November 2021 update, known as the windows 10 22H2 Update. However, it’s a minor updater available for download on desktop computers and laptops. However, it’s an optional update, and it’s known to deliver smooth performance for hardware and software-compatible devices. During the early days, users had to manually upgrade to windows 10 21H2 Update. In this case, there is a high possibility of users encountering several errors, bugs, and compatibility problems. And many users are still undecided on whether they should install this Update. Lucky for you, we shall explain why you should or should not install windows 10 21H2.

Should I install the windows 10 21H2 Update?

Microsoft released this Update on November 16, 2021. At the time, the software giant rated it as a safe and stable version of windows 10 that was compatible with computers running 21H1, 20H2, and 2004 updates. However, Microsoft has been using its deployment technology to control the rollout of the 21H2 Update. It took time before Microsoft availed this Update to users because some devices still had compatibility issues. It was until April 15, 2022, that Microsoft fully released this Update as a feature update.

If you are new to windows, check on Microsoft’s health dashboard, where all known issues for the windows released version are recorded. However, all known bugs and errors for windows 10 21H2 have been fixed. However, this Update was also minor, and there were not many reports from the users concerning its performance.

We, therefore, assume that computers running windows 10 version 2004 or higher can safely install the 21H2 Update. All these versions have something in common, their core file. And it takes a small enablement package to upgrade to this new version, and you won’t require re-installation. Generally, the enablement package minimizes the number of issues during clean installation or an in-place upgrade. But it’s wise to learn that it won’t fix feature update issues if found on your system.

In reality, windows 10 21H2 doesn’t bear many problems, but you can still come across a few. But if you are running a device with the 1909 version, then be aware that you can upgrade to the 21H2 version but proceed with caution. To upgrade from an older version, it’s advisable to go for complete re-installation. Be assured that this u7opagrade can cause performance issues. Furthermore, there may also be software compatibility issues because you may be using outdated drivers. Even some apps in your PC designed for older versions of windows may not work smoothly with the new 21H2 version.

Everyone wants to test the new OS, and we don’t blame you for wanting to upgrade to the newer version instantly. But we think it’s better to hold on a little bit. This is because many unknown errors and bugs occur during the initial rollout of the new windows version.

Whenever the Update is ready, a notification will always be available on your device. To check if your device is ready, navigate to Settings> Update & Security> Windows Update. From here, you’ll see the new Update available for upgrade. But if you have difficulty finding the new windows version, we recommend not forcing the Update through the update assistant or Media Creation Tool. You may encounter performance and compatibility issues that will be difficult to fix. An error might notify you that you can’t upgrade to given windows 10 version.

When there is a new feature update, wait for three quality updates before hitting the upgrade button. On the other hand, skipping new versions when they are released is not recommended because your old version will be discontinued, and it may not receive maintenance updates that result in further performance issues and make your device vulnerable.

Windows 10 20H2 users should upgrade to the 21H2 version because Microsoft ended support for the 20H2 version on May 10, 2022. There are no more updates for the 20H2 version. But Microsoft has already made the windows 10 version 21H2 Update available for consumers, and it has no compatibility issues, errors or bugs because they have been fixed. So, to answer your question, the windows 10 21H2 update is safe to install.