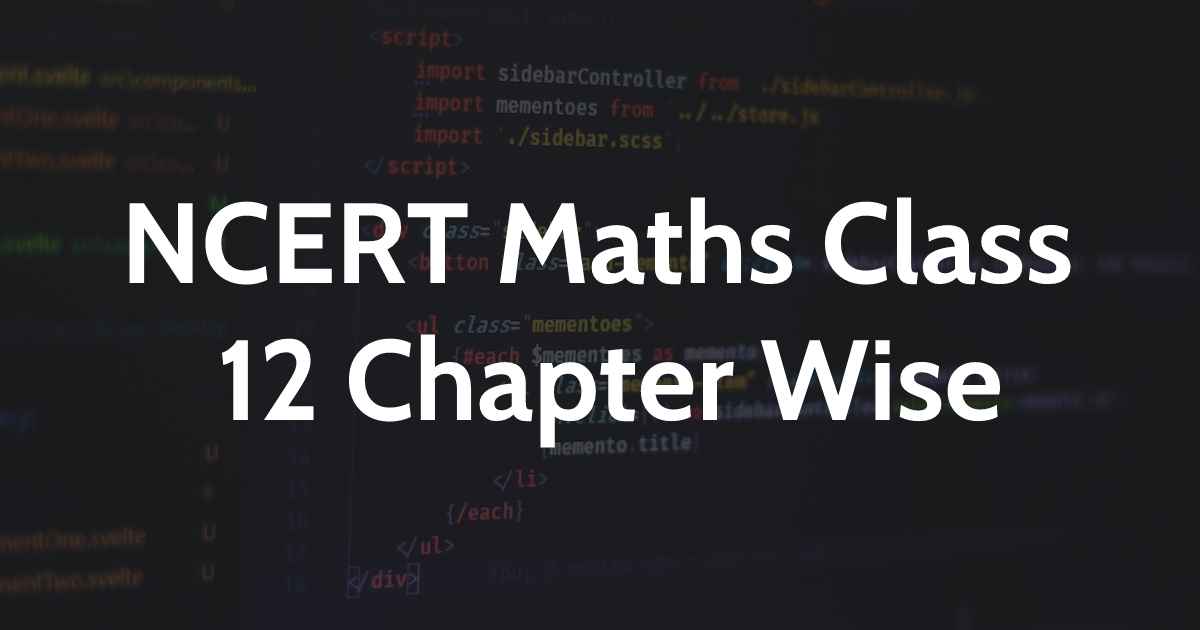 NCERT Maths Class 12 Maths: We can’t live without mathematics in our everyday life; hence learning mathematics is of great importance. Mathematics also is of importance in any career. It’s a core subject hence you need to pass. NCERT solutions have offered a step-by-step way of solving questions giving the students an easier time. Furthermore, after every chapter, the student will get practice questions.

Chapter 2: Inverse Trigonometric of a Function

Here the learner will learn basic concepts about inverse trigonometric functions, inverse trigonometric-functions properties, and graphical representations. The concepts are well explained using examples and the student will have exercises about the chapter. The two exercises will teach the students the behavior of functions, elementary properties, and their graphical representations.

This chapter has a total of 62 exercise questions which will help the student have a deeper understanding of matrix algebra and basic concepts of a matrix.

This chapter is a continuation of chapter three. This chapter explains the Matrix concept known as Determinants. Chapter 4 deals with determinants of orders of up to 3, & their inverses & cofactors. Chapter 4 also explains determinants applications, like calculating an area of triangles, set of linear-equations consistency, and adjoint of matrices.

Furthermore, the student will learn maxima & minima and simple questions which are based on these concepts. This chapter has exercises to allow the student to practice in detail the concepts.

Chapter 8 deals with applications of integrations in finding the area in a simple curve, parabolas, ellipses, and lines. The student will have exercises explaining this chapter’s concepts.

In this chapter, the student will study the direction cosines & direction-ratios of line combining two points, equations of lines & planes at space under various conditions. Furthermore, the student will also understand the angle between 2 lines, two planes, a line & a plane, the shortest distance between 2 skew lines & the distance from a point to a plane.