What are the differences between React Native and NativeScript? 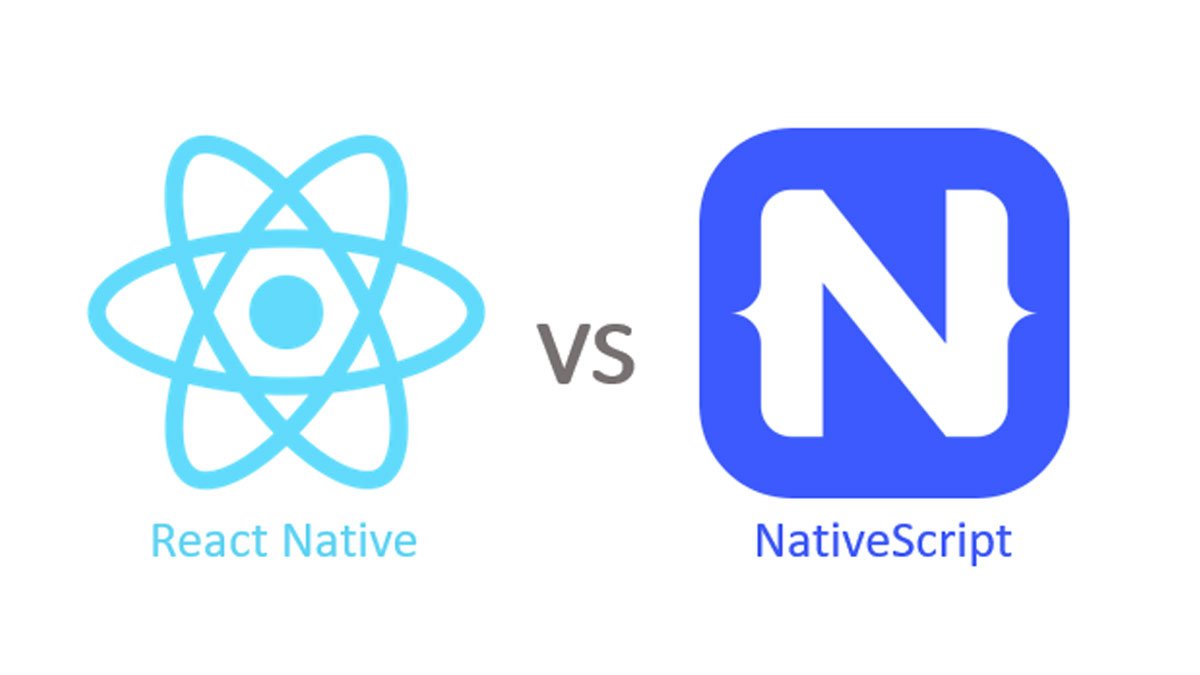 When facing an interview, you must familiarize yourself with the common interview questions. This knowledge will give you the strength and the courage to answer all the questions correctly. Take a look at all the possible React native and native script interview questions you may encounter on your next job hunt.

React Native reefers to a JavaScript code library developed by Instagram and Facebook. It was released in 2013 on GitHub, and its main task is to allow developers to reuse JavaScript codes on mobile and across the web. Ap [pd developers don’t have to design two different app codes for iOS and Android but instead reuse the initial one for both OS. And because iOS and Android have different code bases, it would be beneficial and time-saving to reuse the codes through react native.

3.        Mention the difference between Native Script and react native

The reason why react Native is a better choice is due to the following reasons;

The essential components used in React native include

Two main threads run in react native, which include the JavaScript thread and the main UI thread.

10.   Does NativeScript use WebView?

Unlike react Native, the native Script doesn’t use WebView. All it does is map the User Interface (UI) markup in your program code to the native components of Android and apple so the application can work as a native mobile app.

11.   What are some of the companies that use native Script?

The popular companies that use native Script include PUMA, Hulu, Sennheiser, and Deloitte Digital.

12.   What are the main NativeScript layout containers?

14.   Differentiate between React Native and react

15.   What’s the difference between react elements and react components?

16.   State the similarities between React and react native

18.   What architectures are supported by React Native?

React Native bridges the JavaScript thread and native thread, and because of this feature, the JavaScript code will be able to communicate with the native API and the platform easily. In Android, react native bundles up with JavaScript core, while in iOS, it uses JavaScript core for all program codes. Despite offering improved native functionality, it also results in performance issues and device lagging.

19.   What architectures are supported by NativeScript?

It follows MVVM or MVC architectural pattern and mainly works on CLI, plugins, and modules. NativeScript features multiple modules tasked with the activation of various features. The basic and most essential modules are the page module and root module. When these two come, they form an application module composed of actual business logic, XML-based UI codes, and CSS-style code.

20.   React Native vs. NativeScript which one is suitable for complex app development?

NativeScript and react native offer guidelines, official documents, third-party libraries, plugins, and open-source projects for developing mobile app apps. Developing a complex app using react native isn’t as easy as using a nativescript. With react Native, you’ll need native development skills and JavaScript, which can be challenging if you are just a beginner. However, NativeScript is straightforward, and with the UI and XML support, developers can use the tree-shaking mechanism to build complex apps within the shortest time possible.

21.   When do you choose NativeScript?

Developers can choose a native script for a reason listed below;

Reactive is a mixture of both native and hybrid frameworks. Mobile apps are the same as native apps. But if the app needs access to device-specific features, then the native code will be used with the react native UI components. It’s at this point that reacts nativ3 becomes native and hybrid.

24.   What is the prerequisite for learning react native?

Before you develop a mobile app using react native, you need the basic knowledge of web requests, API, ES6, and HTTP protocol. On top of that, you also need to understand HTML, NodeJS, HTM DOM, and CSS.

27.   How secure are NativeScript apps?

Native script apps can be as secure as you need them, depending on your coding knowledge. For instance, a developer can obfuscate/compress JavaScript code to tighten security around their apps. Jsscrambler is among the tools that you can use to archive this functionality during the development stage.

28.   Can you maintain a code in NativeScript apps?

NativeScript emphasizes native functionality and needs minimal effort to discover the problem within your code. It will correct one single code base to clear all the errors within your codebase. Reusability of components is another functionality that makes it easy and more convenient to duplicate or reuse your base code to add more features to your application.

The simplest hello world builds with react native is about 7MB. Still, after adding dependencies, the size increase to 13.4MB. in fact, it can minimize storage space much better than the native Script. on the other hand, a simple native script app can be as large as 12MB but also smaller when compared to the size of native apps.

30.   Is React Native the ideal framework?

It’s an ideal framework based on your dream app and its features. The react native apps use exposed APIs, check POC, are lightweight, and hold limited resources.

Suppose you were worried about the common interview questions on React Native Vs. NativeScript, then you are now informed. The questions and answers provided here should be enough. All you need is the courage to face the interning panel, and you’ll have a higher chance of passing the interview.