Python is a high-level, interpreted, general-purpose programming language. Its design philosophy emphasizes code readability with the use of significant indentation. Python is dynamically-typed and garbage-collected.

This is a high-level, general-purpose, and interpreted programming language. This means that it can be utilized to build an application that has the right tools/libraries. Furthermore, Python supports objects, threads, modules, exception-handling & auto memory management. This helps in real-world modeling problems & building applications that help in solving these issues.

Interpreted language performs its statements line-by-line. Languages like Python, R, Javascript, PHP & Ruby are the major examples of Interpreted-languages. Furthermore, programs that are written in an interpreted language operate directly from the source code, minus no intermediary compilation step.

PYTHONPATH has a similar function to PATH. The variable informs Python-Interpreter where to find the module files imported to a program. This needs to include a Python-source library directory & directories that contains Python source code. Furthermore, PYTHONPATH is preset via Python Installer sometimes.

In Python PEP is initials for Python-Enhancement Proposal. Furthermore, it’s a set of rules which specifies how one writes & designs Python code to have maximum readability.

How does Python managed Memory?

Python private-heap space memory is made accessible by Python’s that have in-built garbage-collector. This recycles & frees up every unused memory.

What is Inheritance in relation to Python?

Python follows an object-oriented programming paradigm. Moreover, classes in Python have the capability to inherit properties of a different class. The process is referred to as Inheritance. Additionally, inheritance offers a code-reusability feature. The class that’s inherited is known as a superclass or parent class. The class which inherits the superclass is known as the derived/child class.

What are the kinds of Inheritance supported in Python:

Multiple Inheritance: This is when a class inherits numerous superclasses

Single Inheritance: This is when a class inherits just one superclass

Hierarchical Inheritance: This is when numerous derived classes are inherited by a single superclass

Multilevel Inheritance: This is when a class-inherits superclass, & then a different class inherits the derived class creating a ‘parent, grandchild & child’ class structure.

These are files that consist of Python codes. The code can be classes, variables, or functions & saves a programmer time through offering providing predefined functionalities as required. It’s a file that has a .py extension and consists of an executable code.

What are functions in relation to Python?

This is a block-of-code that are executed just when there is a call is created to these function. Keyword def is used in defining a specific function as displayed below:

What are python namespaces?

Python namespace guarantees object names in a program with distinct & can be utilized minus any conflict. Additionally, Python implements the namespaces as dictionaries using ‘name-as-key‘ and mapped to its corresponding ‘object-as-value‘

Some namespaces examples include

Global Namespace includes names from several imported modules/packages which are used in an ongoing project. It’s created immediately the package is imported into script & survives till the execution of a script.

Local Namespace is comprised of local names that are in a function. It’s temporarily made for a function call & gets cleared immediately after a function returns.

This is a block of code where objects in Python remain important. Every python functions object within a respective scope. Namespaces distinctively identify every object inside a certain program, but the namespaces also have a defined scope where one can use their objects minus any prefix. This defines accessibility & variable lifetime.

Some of the scopes made as a time of code-execution

Local scope means local objects that are included in the current function.

An outermost scope is all the available in-built names that are callable in the program.

A module-level scope refers to global objects which are linked with the current module at the program.

How can one eliminate whitespaces from the string at Python?

Removing whitespaces & trailing spaces the string, Python offers strip ([str]) which is a built-in function. The function returns a copy of the string after eliminating whitespaces if they were present. If otherwise, it returns the original string.

What’s a tuple in reference to Python?

This in-built data collection kind. It enables users to keep values in some sequence. It’s immutable, thus no change will be reflected in original information. Furthermore, it uses () brackets instead of [] the square brackets to make a tuple. Tuple supports numerous methods including max(), sorted(),sum(), Len() etc.

Is Python sensitive to cases?

Yes, it is. Python is sensitive to case language. Thus the Function & function are two different in Python unlike with Pascal and SQL.

Is an indentation needed in Python?

Indentation at Python is a compulsory thing & it’s part of the syntax.

Every programming language has ways of defining the scope & extent of block-of-codes. With Python, its indentation offers excellent readability to code, that’s probably why in Python it’s compulsory.

How can one comment with numerous lines at Python?

To add numerous lines comment at Python, every line needs to be prefixed using #. 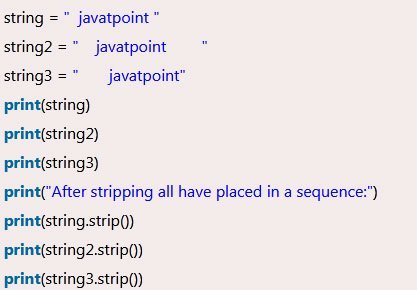 How do break, pass and continue work?

These statements assist to various phases of execution from normal flow, and that’s why they’re termed loop-control statements.

Python-pass: This statement assists in writing syntactic code & needs to skip execution. It’s also regarded as a null operation because nothing occurs when one executes a pass statement.

Python-continue: This statement assists force execution of next-iteration when a certain condition meets, instead of ending it.

Python-break: This statement assists in terminating the loop or statement & pass control to the next statement.

These are certain objects which are easily traversed & iterated when required.

What’s a generator in Python?

This is a function that returns a set of iterable items.

Yes. Python offers users a wide range of support when it comes to Inheritance & its usage unlike with Java. Numerous inheritances refer to cases where class is instantiated from two or more individual parent-class. This offers numerous functionalities & benefits to users.

Python follows an object-oriented programming paradigm & has all basic-OOPs concepts like polymorphism, Inheritance more, with exception of access-specifiers. Furthermore, Python does not support strong encapsulation. However, it has conventions that can be utilized for information hiding like prefixing a data member with 2 underscores.

What’s the purpose of not, is & in operators?

Operators are special functions that take a single or extra value & produce the corresponding results.

is: this operator returns a true value when all operands are correct

not: this operator returns the inverse of boolean value depending upon operands

In: assist in checking if an element is available in a certain Sequence or it is not.

Function list.reverse() helps in reversing the list of objects

What’s self at Python?

This is a keyword used in Python for defining an object or an instance of a class. Furthermore, in Python, it’s explicitly utilized as the 1st parameter, unlike with Java that’s optional. This assists in distinguishing between methods & attributes of class from local variables.

docstring or Documentation string is a multiline-string utilized to document some specific code segment.

docstring needs to describe what a method or function does.

How does one achieve Multithreading in Python?

Python contains a multi-threading package, though not considered as a best practice to utilize it as it result in increased execution time for code.

Moreover, Python consist of a constructor known as the Global-Interpreter Lock which ensures that just your ‘threads’ will execute at a single time. A process that ensures that thread gets GIL does minimal work then authorizes the GIL to the next thread.

This occurs faster, and that is the reason the human eye seems like one’s threads are performing parallel, though, in reality, they’re executing one-by-one by just getting turns using a similar CPU core.

This is an open-source python library that supports data structures for information-based operations linked with information Manipulation and data analyzing. Pandas have rich sets of features that fit in all roles of data operation, whether it’s related to executing various algorithms or resolving complex business issues. Pandas assist one to deal with a number of files when performing various operations on data kept my files.

Python programming interviews shouldn’t be an issue after going through this article. You will definitely encounter a couple of questions at the interview which is here.

What are Python modules?

What are modules in Python? Modules refer to a file containing Python statements and definitions.

The PSF. The Python Software Foundation is the organization behind Python.

Where is Python used in the real world?

What is unique about Python?