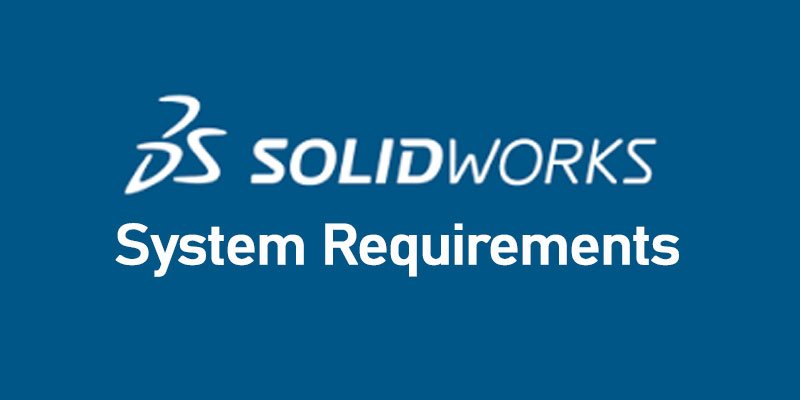 SolidWorks is one of the most widely used CAD programs for Windows. If users like to use this application, they should ensure that the PC matches the SolidWorks system requirements. It is a strong piece of technology that enables developing different goods simpler than ever before owing to its 2D base with increased geometry possibilities as the CAD process advances. SolidWorks is fantastic on Windows, but it is not ideal for Mac users, yet it can still be run on an iOS device.

By use of computers (or workstations) to assist in the development, revision, analysis, or execution of a design is known as computer-aided design (CAD). It is widely employed in a variety of disciplines, such as the automotive, construction, and aviation industries, industrial and architecture, prosthetics, and film visual effects, among others.

CDE generally employs CAD software, often known as CAE tools. Simulations, verification, and optimization of goods and production tools are all part of CAE. For instance, CAE technologies are used to assess the resilience and performance of parts and systems.

What will be the ideal processor choice as per SolidWorks system requirements?

A processor with a data rate of 3.3 GHz or greater is required. Users can have a slower processor, but SolidWorks may crash if it runs too slowly. SolidWorks will be more efficient with a fast processor. The majority of computers, particularly laptops, now have several cores. Each one of the processing units (cores) of a multi-core processor interprets and processes program instructions. At present, Intel’s i9 or Xeon 8-core processors are recommended for SolidWorks 2020.

SolidWorks performs best when running on a single-core processor. Since most mechanical computer-aided design (MCAD) applications are single-threaded, this is the case. SolidWorks indicates that numerous cores may assist Finite Element Analysis (FEA) in Simulation Process, although they do not recommend using greater than eight cores. It is because the cores must connect with one another in order to finish the work, which might cause delays. Multi-threading is not quite useful in SolidWorks.

What are the hard drive SolidWorks system requirements?

Solid-state drives (SSDs) are highly suggested due to their superior system response, fast booting times, as well as quiet operation. They also consume less electricity than standard hard drives. Most suggest a 500GB SSD at the very least, but if your budget allows, go for 1TB+. In comparison to a conventional drive, one of the key advantages of SSD is that it does not have any movable parts.

If you are on a low budget, a standard Hard Disk Drive (HDD) can suffice; however, consider a disc with a higher RPM (revolutions per minute) than the 5,400 RPM drive for SolidWorks. To achieve optimal SolidWorks efficiency, the system will have to interpret data quickly, therefore the difference in speed will be significant. The 7,200 RPM drive processes about 150 megabytes per second, whereas the 5,400 RPM drive only takes 100 megabytes per second. To give some perspective, the typical SSD has a processing capability of 1.2Gb-1.4Gb per second, although the best SSDs have processing capabilities of over 2Gb per sec.

How many versions of the SolidWorks system are there?

What are the SolidWorks requirements for devices, mainly laptops?

Only some laptops are equipped with SolidWorks-certified graphics cards. The list of some of the best choices to go with are listed here: