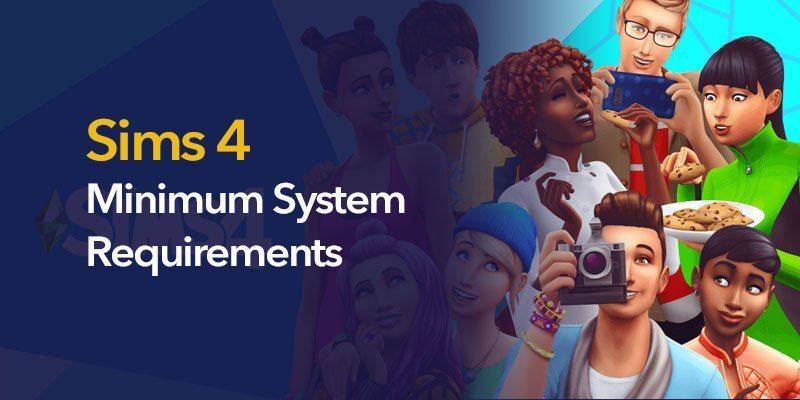 Sims 4 Minimum System Requirements: The Sims 4 is a life simulations computer game released by Electronic Arts and created by Maxis’ Redwood Shores production company. The game was first revealed on May 6, 2013, as the fourth major installment in The Sims franchise. On September 2, 2014, the game was originally released in North America for Microsoft Windows.

The Sims 4 allows users to create and manage individuals in a virtual world while also allowing you to toy with life. Gamers can build a Sim character and take control of their lives in order to experiment with various character profiles. It improves the game’s dynamics and attracts a large number of players. Although the minimum system requirements for this videogame are not particularly high, that doesn’t indicate that users can choose any equipment at random to play it. Additional information on the Sims 4 system requirements can be found in the sections below.

What are the Sims 4 minimum system requirements?

Also, note that The Sims 4 demands an internet connection get started. After which, you may play offline, but you will need to be online to begin the game video for the first time.

What are the recommended Sims 4 system requirements?

Although the Sims 4 does not necessitate a very advanced system, certain of the specifications seems to be beyond the capabilities of a budget PC or laptop. The following are the recommended system requirements for the Sims 4 system. The recommended list includes:

How do you operate the Sims 4 smoothly on your system?

How do you understand that Sims 4 will operate on your PC? It is critical, however, to check your system specifications first. You would not be able to play The Sims 4 if your computer does not meet the Sim4 minimum system requirements. Follow the instructions below to find out if you can operate the Sims 4 smoothly on your system: