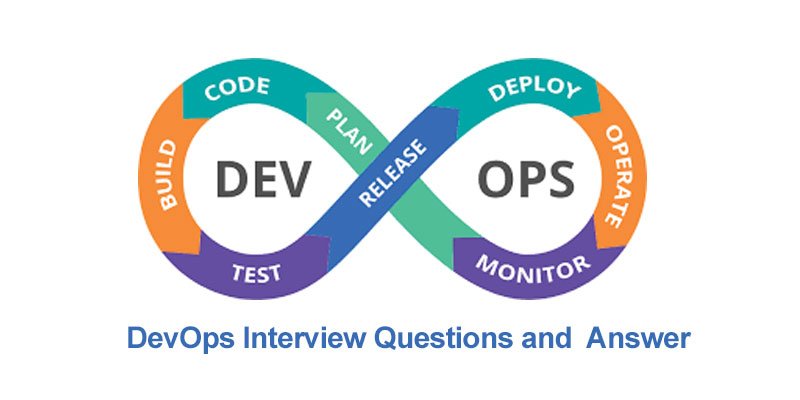 DevOps, which is a short form for Development and Operations, is a software engineering practice. It concentrates on bringing together the development team & the operations team to computerize projects at all stages. Thus, if you are a DevOps engineer and prepare for an interview, you are in the right place. Here you will get a variety of questions that you are likely to be asked together with the answer you need to give.

Everyone moves into an interview room with hopes that they will get the job. Moreover, with proper preparations and the required skills, experience, and knowledge, you will make it. However, this job market is more competitive, & DevOps Interview Questions and Answer can cover more challenging subjects.

DevOps is derived from two words. One of the words is software Development & the other word is Operations. This enables one team to handle the whole application lifecycle, from development, deployment, to testing & operations. Furthermore, DevOps will assist one in reducing disconnection that’s in between quality assurance engineers, system administrators, and software developers.

Some of the popular tools of DevOps include:

What is CAMS in DevOps?

What are the principles behind DevOps?

The principles of DevOps include:

What are the business & technical advantages of DevOps work culture?

The technical advantages of DevOps work culture include:

Why do open-source tools boost DevOps?

Open-source tools are majorly used by organizations that are adapted by the DevOps pipeline. The reason being, DevOps came has a lot of emphasis on automation in different aspects of organization release, build infrastructure management places, and change management.

This is an engineering practice with Extreme Programming Rules. Two programmers operate on similar systems on the same algorithm or design. One programmer works as a Driver & the other one is an Observer that constantly monitors identify problems in a project. The roles are reversed at every point of time minus a prior intimation.

DevOps Automation is a crucial requirement for DevOps practices. Automating everything is the central principle of DevOps. Moreover, automation begins from code generation on the developer’s machine up to when the code is pushed to monitor the system and application in production. Automation in DevOps improves speed, higher accuracy, consistency, reliability, & increases deliveries numbers.

Continuous Testing is a phase of DevOps that involves running computerized test cases as a section of an automatic software delivery pipeline. It helps get instant feedback concerning the quality & validation of business dangers linked with the automated code development by developers.

This phase assists the team in testing every build constantly. Thus the development team will have a chance to get immediate feedback on their work. This will ensure that no problems will arrive in later stages of the development cycle.

What’s the function of AWS in DevOps?

The role of AWS in DevOps includes

What’s the function of configuration management in DevOps?

What’s the use of SSH?

SSH (Secure Shell ) is an administrative protocol that allows users to have control and access remote servers via the Internet. This will enable you to operate using a command line. Moreover, SSH is a secure encrypted version of Telnet that wasn’t encrypted and secure. This guarantees that communication with a remote server happens in an encrypted format.

Furthermore, SSH has a mechanism for input communication among the client & the host, sending output back to the client and remote user authentication.

What are various phases in DevOps methodology?

DevOps methodology is majorly divided into 6 phases. They include:

Development: The development phase follows the planning phase. This involves building a project by developing features (writing codes), automation process, developing system infrastructure & defining test cases. Developers in this phase save their principles in a code manager known as a remote repository. This helps in team collaboration by permitting view, versioning of regulation, and modification. Tools used in this phase include Git, IDEs (eclipse), technological stacks (Node, Java), IntelliJ, etc.

Continuous Integration (CI): In this third phase, automation of code-validation, testing, and build are allowed. This guarantees that changes are properly made minus development environment errors. Moreover, it also enables errors identification at the initial stage. Tools used in this phase include circleCI, Jenkins, etc.

Deployment phase: DevOps helps in the deployment automation process. This is possible by using tools & scripts that have the final goal of process automation by feature activation. Cloud services are utilized as a force that assists in upgrading from more infrastructure management to cost-optimized management. Tools used in this phase include Microsoft Azure, Heroku, Amazon Web Services, etc.

Operations: Operations phase normally occurs thru the product/software lifecycle. Furthermore, it also offers the team chances for improving the availability, effective transformation & scalability of the product. The tools used in this phase include Loggly, Appdynamics, BlueJeans, etc.

Monitoring: This is a permanent phase of DevOps methodology. The phase is normally utilized for monitoring & analyzing data to understand software applications’ status. Tools that are commonly used include Splunk, Nagios, etc.

What are the advantages of using Git?

Which are some of the cloud platforms used for DevOps implementation?

Some of the cloud computing platforms utilized for DevOps implementation includes

Some of the more common network monitoring tools include Wireshark, Nagios, Splunk, OpenNMS, and Icinga 2.

How to push a file from a local system to a GitHub repository through Git?

First of all, you need to connect the local repository to a remote repository.

Then, push the file to a remote repository

Which commands are used to restart Jenkins manually?

Two ways which are used to manually restart Jenkins includes

This is a software process that tests an app for its performance under uncontrolled & chaotic scenarios. Furthermore, it also guarantees that data & functionality aren’t lost after a failure is encountered.

Scrum is utilized in dividing a sophisticated software & product development job into smaller chunks. This is done using iterations & increasing practices. Moreover, scrum is comprised of three roles which includes

Azure DevOps (Microsoft visual-studio team services) is a set with collaborative-development tools made for the cloud. Moreover, VSTS is commonly utilized as a separate term & Azure DevOps is made with different products, which includes: Azure Test-Plans, Azure-Pipeline, Azure Repos, Azure Boards, Azure Artifacts

This is a command that’s utilized to save changes made temporarily in the working directory. Thus, a developer will have a clean directory for him/her to work on. Later the changes are merged in Git workflow. 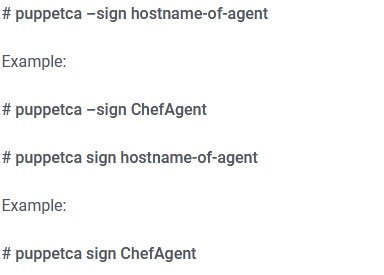 What’s a class in Puppet?

These are named blocks in one’s manifest, configuring numerous node functionalities, including services, packages, and files. Furthermore, classes are added to the node’s catalog & are performed just when invoked.

What is the shift-left in DevOps?

This means the need to take as numerous tasks at the right side. It typically occurs at the end of an application development process. It also incorporates them in earlier stages of DevOps methodology.

There are more ways of achieving a shift-left in DevOps. They include:

How do you ensure a script operates all time the repository gets a new commit via Git push?

There are three means of setting a script on the destination repository. These ways are known as hooks & they are of 3 kinds. They include:

Update hook: This triggers a script to operate before updates are made. Moreover, the update hook is called one time for every commit that’s pushed to the repository.

Pre-receive hook: It’s invoked before references are updated. Moreover, this hook is important in ensuring scripts linked to enforcing making policies are run.

Post-receive hook: This helps in triggering the script after changes or updates are accepted by the destination repository. Moreover, this hook is suitable for aligning deployment scripts, email notifications methods to a team, or continuous integration-based scripts.

CBD is a short form of Component-Based Development, and it’s a distinct method of approaching product development. With this method, developers always check for tested, verified components and existing well defined to compose & assemble.

The build is how a source code is placed to confirm if it’s working as a single entity. With the build creation process, source code undergoes compilation, inspection, deployment, and testing.

DevOps Interview Questions and Answer : DevOps has, and it’s continuing to help a lot of organizations and businesses. Being a DevOps engineer offers you a great benefit due to ever-increasing requests for DevOps practice. Thus, you have a chance to pass that interview that awaits you for this excellent job.

Be sure that you will find the panel asking most of these questions. Take your time, prepare well, and all will be well.