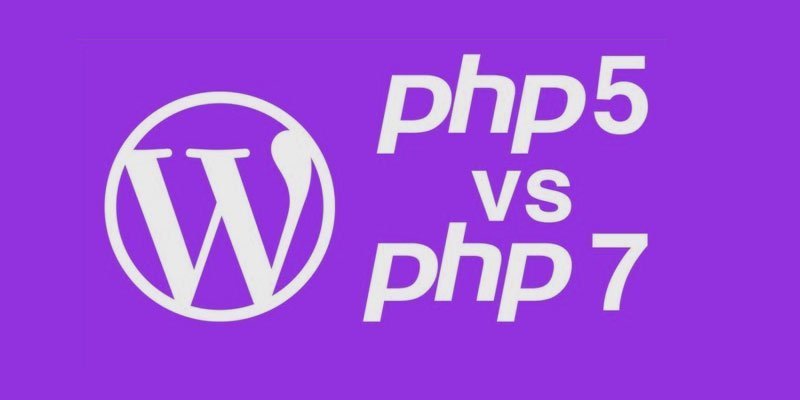 PHP 5 vs PHP 7: For someone who is not familiar with PHP or is new to PHP programming, you should be aware that prior to PHP 7, PHP 5.6 was the stable version. Many people are surprised to discover that the company delayed releasing PHP 6 because it was available for testing but never received a stable version. The fact is the company did not want to mislead the community by releasing PHP 6 as an ongoing experiment.

PHP was created with the motive of web development, and it has been the language of choice of developers for many years. Experts are constantly improving the PHP language with innovative PHP development tools and technologies and implementing a better version in the market to meet the needs and demands of the customers.

When PHP 7 was released, people began to compare it to its predecessor. If you are not aware of the main differences between PHP 5 and PHP 7 the following points mentioned will prove to be quite beneficial for your learning process.

PHP 5 and PHP 7 are currently causing quite a stir in the tech world. PHP 7 is the most recent version, and it is regarded as a next-generation programming language. While, PHP 5 developers, on the other hand, are well-versed in its functioning.

PHP is the most common and highly used open-source scripting language for general-purpose applications. PHP is used by 89 percent of websites. In this article, we will be discussing the differences between PHP 5 and PHP 7.

Difference between PHP 5 and Php7

PHP 5 is a variant of PHP 4 that has been improved. PHP 5 is a stronger version, according to PHP web developers, when compared to other versions. However, the drawback was that it fell short of the user’s expectations. Furthermore, PHP 5 allows developers to send objects through references; which was not possible previously.

Earlier, PHP6 was not a stable version, and developers did not believe it was worthwhile to put it on the market. The latest version is PHP 7 in which Zend Engine 3.0 is used to power it. PHP 7 has sparked a lot of interest in the market since it was released right after PHP 5.

PHP 7 is an improved version of PHP 5 that provides faster performance while using less storage. Apart from these, PHP claims that it has advanced features. In the upgrading process to a new version, the majority of the parameters are improved to provide better results. PHP 7 has made significant improvements in all of the parameters, some of them are-

Although PHP 5 is faster than PHP 7, it still falls short of meeting the needs of developers. Zend II is also used in PHP 5. PHP 7 on the other hand provides excellent performance and was created solely for the purpose of increasing speed. The upgraded PHP 7 version assures that websites load quickly and at the same time improves the scripting performance.

PHP5 coding is simpler than traditional coding, but some PHP developers still face significant challenges with PHP5 and require to solve complex issues. While with the support of return-type declarations, PHP 7 provides developers with a simple coding system. It merely determines or specifies the variable in the programming language with the integration of the value.

Group Use Declaration is a new feature in PHP 7 that allows programmers to add sections from the same namespace. This will save a lot of typing time, make the code look cleaner and more understandable, and make debugging easier. Deprecated functions, unsupported extensions, and APIs have all been removed in PHP 7.

The older version of the engine is compatible with PHP5. Zend II is the term given to it. However, when compared to PHP7, it degrades efficiency. The upgraded PHP7 engine is regarded as a next-generation design. As PHP7-based engines boost performance and are designed for advanced memory consumption, they are becoming more popular.

PHP5 makes it harder for developers to handle errors during the development phase. Whereas, handling deadly errors is the easiest with PHP7.

PHP5 scripts are not quite the same as PHP7 scripts because PHP5 has more features and limits the capabilities available to developers. Aside from that, it has limited availability and isn’t as credible or suitable for web development.

PHP7 delivers outstanding results and experience to the user. When compared to earlier versions, it enhances the effectiveness and connectivity of the development process. PHP7 provides perfect networking, and a single piece of hardware can handle various customers at the same time. The PHP7 script, which is used in the time calculator, even operates on Facebook.