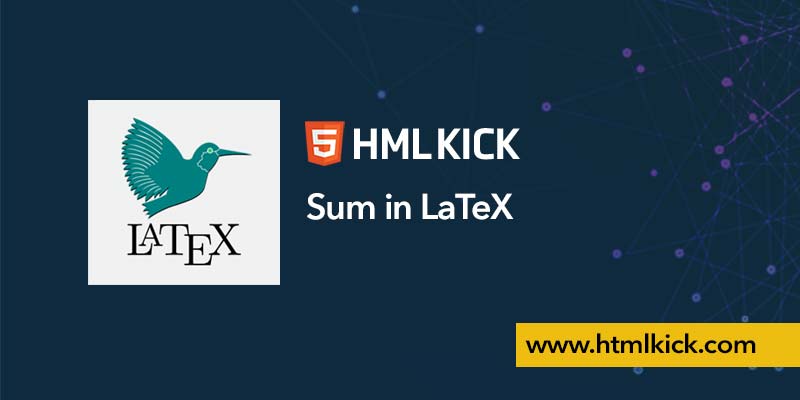 (Latex Summation) Sum in LaTeX: At school and in our everyday life, we use the symbol + for denoting the sum between 2 or more numbers and in algebraic quantities like x+y. Though, when we need to signify the sum of numerous elements which are indexed we do use a capital-sigma letter ∑ & some couple of limits that denotes where the sum begins & ends.

For instance, when you need to denote the sum of the first ten figures we can denote it as:

It’s simpler to produce a summation symbol that is capital sigma in LaTeX’s math mode with the help of command\sum. Limits of the sum are written with the help of a common symbol for subscripts _ & superscripts ^. For instance, the earlier equation was composed with a code:

Force limits to be above & below the sum sign

When the sum is composed inside an inline mathematical environment, that’s, the one that’s surrounded using dollar signs, limits are typeset in a different way to respect space that the line takes up. For instance,

Preventing this, we use the statement \displaystyle in math mode. This will make it behave like a displayed math mode. This offers the benefit of printing an extra legible equation, though also the con of creating a strange-looking line, which has more space around it.

For instance, the previous sum will appear like this when utilized with \displaystyle: