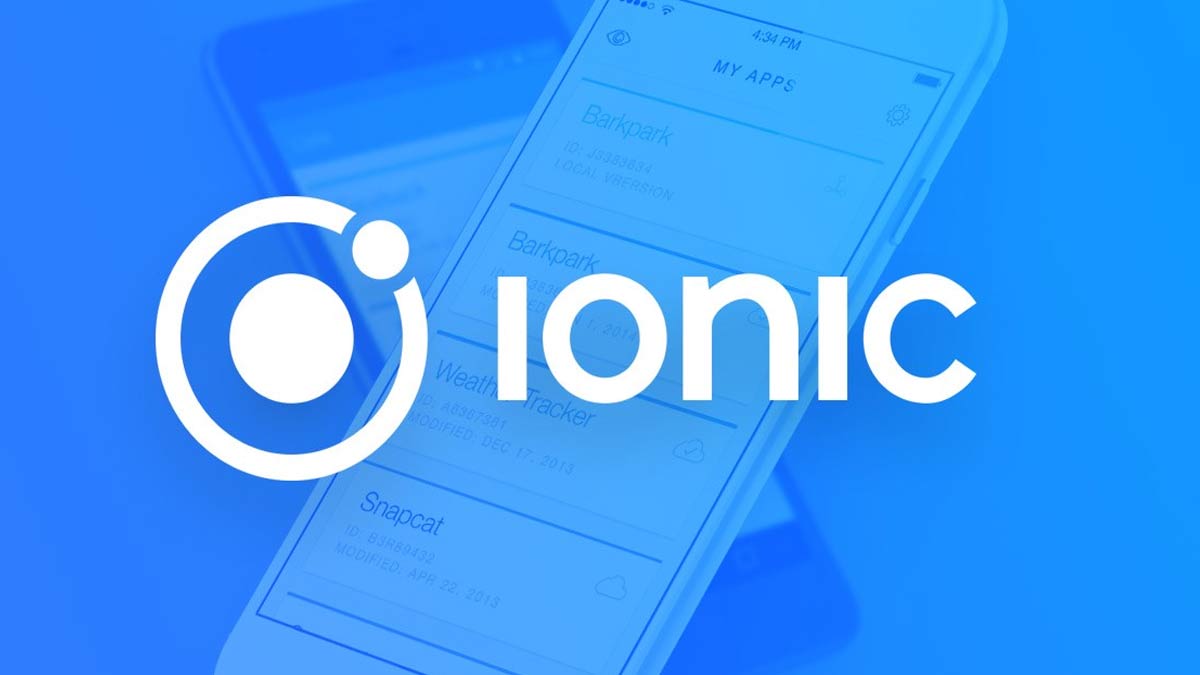 Are you looking for the best Ionic interview questions and answers for beginners, intermediates, and professional programmers? Generally, attending an interview can be a tense moment in your life, and you don’t want to miss any questions. For this reason, we have sampled the best, most common, and most helpful Ionic interview questions and their answers that will help you get your first job as a developer. go through each of them and get ready to pass the interviews

1. What is Ionic Framework?

It’s an HTML5 platform for developing hybrid mobile applications. Hybrid apps access the native platform layer and ruin the apps’ browser shell. In other words, the Ionic framework can also be defined as a powerful html5 SDK for building mobile apps through JavaScript, CSS, or HTML. It also concentrates on the UI interaction, the feel, and the look of the application. The Ionic framework can be used for commercial and personal purposes for free under the MIT license.

2. What do you need to learn Ionic?

Ionic was developed over Apache Cordova and AngularJS, meaning you need the knowledge of these two platforms to learn about Ionic. Furthermore, you should be knowledgeable about JavaScript, CSS, and HTML to be able to learn Ionic.

3. Is Ionic the best framework?

It’s a concept in Ionic where the developer only loads pages required when the application is launched. This prevents the application from lagging behind and instead performs faster and with only the features the user needs. Lazy loading was done by @IonicPage Decorator, but the latest versions of Ionic use Angular routing to load the Angular components.

5. What is the popular mobile application built using the Ionic framework?

6. How do you test Ionic apps?

Ionic v.1 apps are codded using AngularJS, full of test libraries like Karma and Jasmine test runner. Using these libraries and frameworks, the developer can write unit tests with the intent of testing Ionic applications. Both live to reload, and Ionic serve commands can help you to test the Ionic apps.

Ionic build serves the role of Ionic preparation and also builds the app’s source code enabling the app to run over a device’s simulator. On the other hand, Ionic prepares copies of the www folder file to the www fielder of the target platform

8. Does the Ionic framework have storage types?

Yes, and in fact, it supports both internal and external data storage

9. What is the Ionic market?

The Ionic market offers themes, ready starters, plugins, and other addons that developers download and use on their Ionic projects.

10. What are the basic Ionic components?

Ion-alert: this is a dialogue that notifies users to decide or gives them the ability to choose from

11. What are the advantages of the Ionic framework?

12. State the disadvantages of the Ionic framework

These are applications that are designed for a specified device or platform. These apps are specific to a given pheons software and hardware since they are solely designed using a given platform

14. What role does AngularJS play in Ionic applications?

These are websites but not applications; they look and feel like native apps. However, the nature in which they are implemented isn’t different from native apps. Sometimes, web apps are often referred to as mobile websites.

These are applications that are created using HTML5 and native-based web features. HTML5 refers to a collection of web pages created to support and run on smaller screens. These apps are sometimes referred to as web apps.

17. What are page life-cycle events?

Ionic utilizes the life cycle events offered by the Angular and the common life-cycle vent, including;

18. What is web view, and what it’s importance?

This is a view that displays web pages within your Ionic application. Web view turns your Ionic apps into web apps. Developers can use web views to build or modify their applications using web technologies like HTML, CSS, and JS while still preserving them as native applications.

19. What are promises in Ionic?

Promises allow developers to use asynchronous functionalities in JavaScript. It calls the .catch and .then services. It’s used as a callback handle and does something asynchronous with a service.

20. What’s the latest Ionic framework version, and what’s unique about it?

Ionic 6 was launched in Dec 2021 and still stands as the latest Ionic framework version. Some of the new features oners would expect from it includes

AOT, also known as Ahead of time compiler, is a compellation type used during build time. On the other hand, JIT or Just In Time compiler

22. What is the capacitor in Ionic?

This cross-platform application allows the building of web apps capable of running natively on Androids, the web, iOS, and the Electron using a single source code. They can also be referred to as native progressive web applications, which are much better than hybrid apps.

23. How can you transfer data between Ionic pages?

For every mobile application, it’s important to transfer its state between the pages or components. However, there are a few ways of doing this

a transfer that includes the use of navigation controllers and the use of services.

24. What is the router link directive?

This is a directive offered by RouterModule in Ionic. It allows developers to link to the routers within our template in the same way as the href attribute used in HTML.

25. Who created the Ionic framework?

Max Lynch, Adam Bradley, and Ben Sperry developed an Ionic framework in 2013 for the drifty Company. And ever since, it has served the needs of many who rely on it to create their commercial or personal web applications.

These are the elements that hold the Ionic apps. However, strictly one ion-app > element plus various Ionic elements (including menus, content, headers, and footers) can be added to any Ionic project.

27. How can you improve Ionic mobile app performance?

28. Can you use Firebase with Ionic?

Ionic framework is compatible with firebase, and you can use it when developing your application. It’s among the most popular and powerful databases on the market. Developers can install, import, or use it within Ionic projects.

These are two powerful and widely used app development technologies. Combining Apache Cordova and Ionic creates a powerful hybrid application. There is atone of developers who use both the frameworks.

Ionic CLI refers to a command line interface, and it comes with several commands that enable developers to create unique projects, add providers, components, pipes directives, and many more. CLI is essential for running, compilation, debugging, building, and deploying applications

What is Ionic and why use it?

Ionic is freely available, open-source, and a front-end SDK framework that enables you to create mobile-based applications for iOS, Windows, and Android phones using the same codebase.

Is Ionic front-end or backen

Think of Ionic as the front-end UI framework that handles all of the looks and feel and UI interactions your app needs in order to be compelling.

Is Ionic a CSS framework?

Ionic is both a CSS framework and a Javascript UI library.

Is Ionic native or hybrid?

Ionic is a hybrid app. It uses HTML, CSS, and JavaScript to build apps that can be used on the web, desktop, and mobile.

What is Ionic UI?

Ionic apps are made of high-level building blocks called components, which allow you to quickly construct the UI for your app.

If you were worried and had no idea where to start, the top 30 best Ionic interview questions for intermediates and advanced developers can help you. You are good to go with the answers to most questions asked during an Ionic interview.